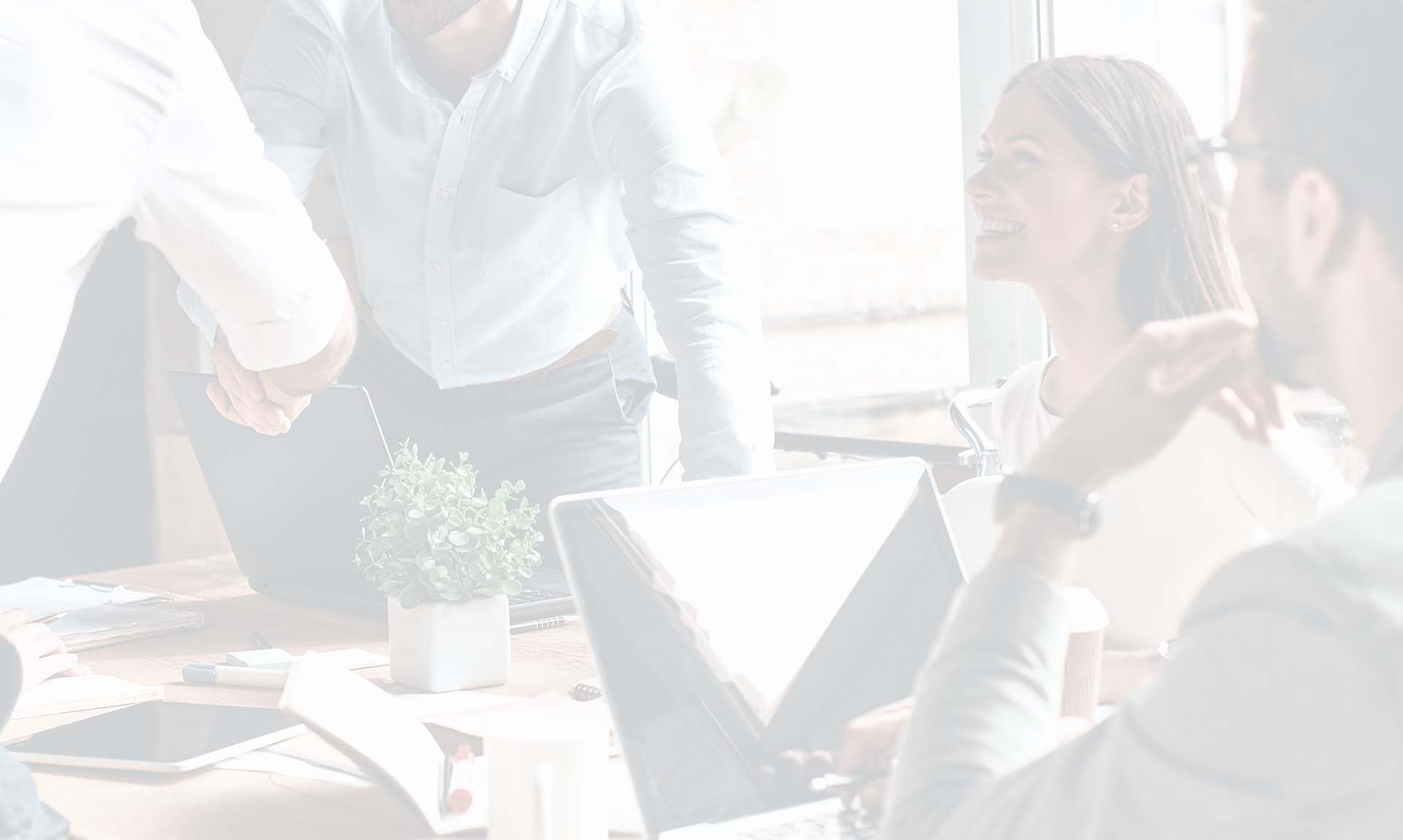 With Washington, D.C. mired in partisan gridlock, companies and interest groups find it more and more difficult to achieve their policy goals at the federal level. The real action – and opportunity – is at the state level.

50 State brings a unique perspective to issue management, advocacy, and relationship development; having worked with governors, mayors, and their staffs and overseen political campaigns, issue-advocacy efforts, and policy development in both parties and in all 50 states.

We provide insight into how states make decisions – and how to influence those decisions – regardless of what party is in office.

50 State provides issue advocacy, government relations, and public affairs strategies, as well as high-level political intelligence, to those who do business with, or are regulated by, state government.

Phil Cox is co-founder of 50 State, a bipartisan, state-focused government and public affairs firm serving corporations, non-profits, and national trade associations; founding partner at GuidePost Strategies, a federal government and public affairs firm; and Chairman of the Board of IMGE, a digital consulting and marketing firm. Phil also serves on the Board of Directors for the Senate Leadership Fund and American Crossroads and is a member of the Public Policy Council for the Michael J. Fox Foundation, which is a leader in the fight against Parkinson’s disease.

In 2009, Phil served as Campaign Manager for Bob McDonnell’s successful campaign for governor of Virginia. In 2010, he served as a consultant to the Republican Governors Association (RGA), where he managed RGA’s investments in Florida, Pennsylvania and a handful of other states. From 2011-2014, Cox served as Executive Director of the RGA, where he served as a senior political adviser to the nation’s 31 Republican Governors and directed more than $250 million in support to candidates in all 50 states. In 2015-2016, Cox founded and directed America Leads, the presidential Super-PAC supporting New Jersey Governor Chris Christie. In 2018, Phil ran Independent Expenditures on behalf of candidates for governor and U.S. Senate, including the lone gubernatorial pick up of the cycle in Alaska.

The Boston Globe called him “a force for the GOP”, The Washington Times, “A Republican Kingmaker”, and Politico named him one of its “50 Politicos to Watch.” He is a graduate of the University of Virginia, and lives in McLean, Virginia, with his wife and two children.

Colm O’Comartun served as the Executive Director of the Democratic Governors Association from 2011-2014. Colm served as Director of the Governor’s Office for Governor Martin O’Malley, after serving in various positions for him as both Governor and Mayor of Baltimore. Prior to that, he worked at the Fletcher School of Law and Diplomacy, and as Director of Alumni Programs at the Kennedy School of Government at Harvard University. Colm also served as Director of The Irish Institute of Boston College, where he worked to implement the Good Friday Agreement. He is a graduate of University College Dublin, and lives in Baltimore, Maryland with his two children.

Prior to this role, Roshan spent four years as the National Finance Director for the Democratic Governors Association. In this role, he was responsible for all of the organization’s fundraising activities and worked closely with DGA leadership and other Democratic governors throughout the country.

Roshan joined the DGA after spending 2009 and 2010 as the Democratic Senatorial Campaign Committee’s Mid-Atlantic Finance Director under New Jersey Senator Robert Menendez. While at the DSCC, he managed the national Corporate Political Action Committee fundraising, as well as the individual donor fundraising activities in the Mid-Atlantic region. Prior to joining the DSCC, he worked on two successful US Senate campaigns and a presidential campaign. He served as New Mexico Senator Tom Udall’s Deputy National Finance Director and was an in-state fundraiser for Maryland Senator Ben Cardin. In 2007, Roshan was a Regional Finance Director for Governor Bill Richardson’s presidential campaign.

After graduating Mississippi State University in 2002, with a Bachelors of Business Administration in Finance(cum laude), Roshan accepted a position with International Paper Company in Memphis, TN where he served as an international financial analyst in the Corporate Shared Services Division. In that capacity, Roshan was the lead analyst on a two-year, $17 Million cost-cutting initiative. He worked closely with IP facilities domestically and also traveled extensively helping set up international operations. After two years in Memphis, Roshan moved to Dallas, TX to run a start-up company working with children with disabilities, mostly focusing on the low-vision community.

Marie Sanderson is currently Partner at 50 State, LLC, Founding Partner of GuidePost Strategies, a federal strategic communications and public affairs firm; Founding Principal of Cardinal Group Policy, a policy entity that works with policy makers, think tanks, candidates, and elected officials across the country; and a Senior Advisor at IMGE, a full-service digital marketing agency. In 2017, in addition to her professional roles, Marie was “Sherpa” for USUN Ambassador Nikki Haley, an unpaid position with the US Presidential Transition, preparing and guiding the current Ambassador for her nomination to be confirmed by the US Senate.

Marie was Policy Director for the Republican Governors Association (RGA) and the Republican Governors Public Policy Committee (RGPPC) for five years facilitating and advocating for best practices and good policy in both state and federal policy to governors, candidates, their staff, think tanks, Congress, the Administration, and other political organizations. In January 2006, Marie began working for Mississippi Governor Haley Barbour as a policy and budget advisor and Director of Federal Policy. Prior to her role in the state, served United States Senator and Appropriations Chairman Thad Cochran in 2003 in Washington, DC, where she served as a Legislative Assistant and Deputy Press Secretary.

Marie was graduated summa cum laude from Mississippi State University. In 2002, she was awarded a Rotary International Ambassadorial Scholarship to Brisbane, Australia, where she obtained her MBA from the University of Queensland. Marie serves on several boards and commissions including the statewide Mississippi Arts Commission Board of Directors and the Children’s Advocacy Centers of Mississippi Board of Directors. In 2020, she and her husband, Brian, founded the MS 30 Day Fund, a nonprofit dedicated to providing financial support to Mississippi’s small businesses impacted by the COVID-19 pandemic in the form of forgivable loans. Brian and Marie have two sons and one daughter.

Larissa Martin has been with 50 State since its inception at the end of 2014. She brings over a decade of experience working with elected officials on both the state and federal level. She has successfully navigated a broad range of political, policy and legislative issues facing corporations, associations and nonprofits across multiple industries.

Prior to joining the RGA, she was at the Republican Party of Florida working on state senate campaigns from 2007-2010.

Larissa is also a Principal at GuidePost Strategies, LLC where she provides strategic advice and helps clients navigate the Administration and Congress.

Ian Walton began his career in government and politics in high school after being selected to serve as Speaker Tom Foley’s page in the US House of Representatives. This formative experience compelled him to develop a career in public service. At both the state and federal level, he has managed top-tier campaigns, helped raise millions of dollars, and served as senior advisor to elected officials. Most recently, Ian served as the Policy Director at the Democratic Governors Association where he worked with Governors, their staff, and the private sector to find solutions to policy issues ranging from health care and biotechnology to infrastructure, energy and everything in between. Ian and his family reside in Washington, DC.

Laine Striegel most recently served in the Rauner Administration as the Director of Communications at the Illinois State Board of Education and was Governor Bruce Rauner’s Director of Advance. She was also the Director of Advance for Lieutenant Governor Evelyn Sanguinetti on Governor Rauner’s gubernatorial campaign. Prior to her time in Illinois, Striegel lived in Washington, D.C. where she spent over three years working for Congressman Phil Roe (R-TN), most notably serving as his Military Legislative Aide. She served as Lead Press Advance on Mitt Romney’s Presidential campaign in 2012 and was an aide on John McCain’s 2008 Presidential campaign. Laine was a member of the 58th Presidential Inaugural Committee. She received her B.A. in Government from Wofford College and her M.A. in Public Relations and Corporate Communications from Georgetown University. Laine lives in Jackson, Mississippi with her husband, Timothy.

John Pouland previously served as Vice President for Government Affairs and Solutions at Philips where he worked with a team across federal, state and local governments on public policy issues and procurement opportunities. Prior to joining Philips, John held a similar position at Siemens where he helped start their government business development program. John served as Regional Administrator of the Southwest for the US GSA during the Clinton administration and was Executive Director of the Texas General Services Commission under then Governor Ann Richards. He began his career as an attorney in private practice in Dallas. John received his J.D. from the University of Houston, and his B.A. from the University of Texas.

Stephen Hubbard joined 50 State in January 2020. Prior to joining the firm, Stephen served two years as a Legislative Director for a Maryland State Delegate. Stephen has held multiple positions on statewide and local electoral campaigns in Maryland and South Carolina. Stephen graduated from the University of Maryland with in 2010 with a B.A. in Political Science and received an M.A. in Political Communication from American University in 2014.

Kayla is an experienced client service specialist who supports 50 State executives in providing top-tier services to our clients. Most recently she worked in Project Management capacity for Facilities Resource Group, Inc. and specialized in client relations regarding the procurement and execution of government contracts. Kayla graduated from Clemson University with a B.S. in Marketing and earned her Master’s in Global and Intercultural Studies from Liberty University.

50 State in the News

Phil Cox in The Hill: Republicans Fear Trump Might be too Successful with Attacks on Mail-in Voting

GOP strategists around the country are concerned that President Trump’s vocal opposition to mail-in voting is resonating with Republicans, imperiling years-long efforts by the party to sign people up to vote by mail. Expanded mail-in voting has become a pillar of…

Phil Cox in the Washington Times: McConnell Faces Toughest Test in Fight to Save Senate Majority

Colm O’Comartun in The Hill: Red-state Governor Races Put Both Parties on Edge

Three nail-biting gubernatorial contests in deeply red states have both Democrats and Republicans on edge in the two weeks before Election Day, in races that will test President Trump’s ability to move votes a year before his reelection bid. Two incumbents,…

“Religious liberty” laws and bathroom bills were supposed to be conservatives’ counterattack to the growing codification of gay and transgender rights, including the Supreme Court’s approval of same-sex marriage. Instead, social conservatives are losing battles over gay, lesbian and transgender…

Phil Cox in The Hill: Republicans Fear Trump Might be too Successful with Attacks on Mail-in Voting

GOP strategists around the country are concerned that President Trump’s vocal opposition to mail-in voting is resonating with Republicans, imperiling years-long efforts by the party to sign people up to vote by mail. Expanded mail-in voting has become a pillar of…

Phil Cox in the Washington Times: McConnell Faces Toughest Test in Fight to Save Senate Majority

Colm O’Comartun in The Hill: Red-state Governor Races Put Both Parties on Edge

Three nail-biting gubernatorial contests in deeply red states have both Democrats and Republicans on edge in the two weeks before Election Day, in races that will test President Trump’s ability to move votes a year before his reelection bid. Two incumbents,…